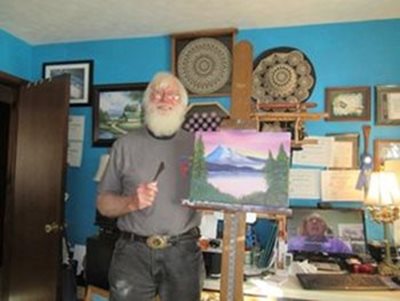 The year 2020 marked the 40th anniversary of the National Veterans Creative Arts Festival (NVCAF) and the ALA’s 20th anniversary as a co-presenter with the U.S. Department of Veterans Affairs.

NVCAF is all about the therapeutic healing power of the arts. The event brings together creative veterans throughout the country who made it to the national level after competing at local U.S. Department of Veterans Affairs facilities — but this year looked a bit different. Due to concerns for public health related to COVID-19, veteran artists participated in the 2020 National Veterans Creative Arts Festival from the comfort of their own homes during the week of Nov. 30.

“This Festival year certainly taught us a lesson on flexibility and opened our eyes to new possibilities,” said Amy L. Kimbler, director, National Veterans Creative Arts Competition and Festival. “It tested our creativity and the resources available to us, and we stepped outside of the box to present a virtual experience for the 2020 competition gold medal winning veterans. The virtual event provided various creative art workshops for veterans to experience.”

Through their varied works of art, male and female veterans of all military branches find healing, acceptance, and camaraderie as part of the National Veterans Creative Arts Festival. Even during challenging times, over 3,700 veterans from 120 VA medical facilities nationwide entered the 2020 art, music, drama, dance, and creative writing competitions. Of those, 175 gold medal-winning veterans were invited to participate in the national level. The historical week, titled NVCAF at Home, consisted of virtual workshop opportunities, educational sessions, and forever friendships.

During the Festival, select events were open to the public through a variety of web-based platforms, allowing everyone worldwide to see the veterans’ talent and creativity. The Opening/Festival Show Video, Artist Showcase, Writer Showcase, Performer Showcase, and Closing Video were all available to watch on the Veteran Affairs Adaptive Sports Facebook page and website. The Closing Video had over 24,400 Facebook views — record-breaking statistics.

“One of the biggest positives of the 2020 Festival was that we could share its impact more than we would have if it would have been the normal face-to-face event,” said Chrystal Daulton, Veterans Affairs & Rehabilitation program manager at National Headquarters. “It helped increase awareness about the event, including the local competitions, and gave much needed exposure for the event, in extension to the VA’s Adaptive Sports Program as a whole.”

Despite the unprecedented circumstances, the VA and American Legion Auxiliary were able to host a successful, historical, life-changing virtual Festival.

The National Veterans Creative Arts Festival truly is a life-changing experience — and has been for the last 40 years. The 2020 event was like a light in many months of darkness and allowed veterans from across the country to communicate and interact with each other, just in a virtual form. 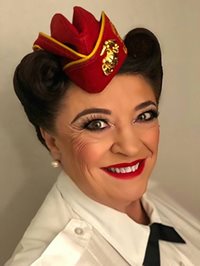 “I felt like myself again, for the first time in months. I didn’t feel pain. I didn’t feel constricted. I just danced. For me, that was such a relief, such a welcome realization that it’s all going to be OK. Dancing is the one thing that continues to save me,” Houlahan said.

Houlahan used to dance daily at her local dance studio, but due to social-distancing restrictions and other COVID-19 precautions, the studio shut down — and dancing alone in isolation wasn’t the same.

“I was all alone, so not to have my dancing was very, very difficult. Yes, I could watch a video on the internet, but I wasn’t connected to anyone — that’s why I looked forward to the Festival,” she said.

During a virtual event, Veterans Creative Arts performer Victoria McCoy saw fellow Marine Mary Jean and insisted that she danced. That is exactly what NVCAF is all about: helping veterans find a safe place to express themselves through creative arts.

“When I started to dance, I was right back in Michigan again. We were on stage, we were together, and for that short half a minute, I felt like myself again for the first time in months,” Houlahan said.

Both performers and dancers, McCoy and Houlahan connected again in another virtual session and are even thinking about putting something together for next year’s Festival.

“Who would have thought? Not only two female Marines, but two gold medal winners, and we are both Marine Corps League members,” McCoy said. “It was cosmic from the start.”

“Years ago, I was introduced to the Creative Arts Festival by my therapist because I had suicidal thoughts, and I was an inpatient at the VA.”

For the last 40 years, NVCAF has helped shape the lives of creative veterans across the country. Victoria McCoy was introduced to the Festival as an inpatient at a VA hospital. During her stay, her therapist realized she was a performer and asked if she knew that they had a music therapy group — she didn’t. Next thing she knew, McCoy’s doctor was taking her to music therapy.

“That opened the door to me being able to express myself and heal my mind from the negative thoughts,” said McCoy. “I have not had a suicidal thought in 15 years, which was when I was introduced to the Festival.”

McCoy had always loved music, singing, dancing, and performing, but her mental health closed her off from the rest of the world. Since she had been a performer in the past, creative arts helped her start to express herself musically. The annual competition recognizes the progress and recovery made through art therapy and raises the visibility of the creative achievements from our nation’s veterans.

“I can’t explain enough that the Festival literally saved my life,” McCoy said. “Because there I was, with suicidal thoughts and wanting to end completely, then two days later I found out about the Festival and never looked back.” 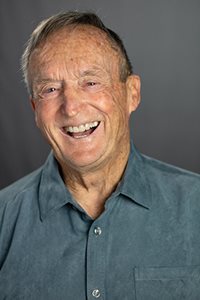 Mike McCann has participated in almost every National Veterans Creative Arts Festival since 2004 in the drama and creative writing categories. That first Festival changed his life and career forever.

“It was life-changing. It inspired me to reach out and try to do something professionally. So this Festival changed my entire life — it led me to a professional career in acting, which I never really thought of before,” McCann said. “The Festival kicked off a tribute of my life, which led me to dabble into professional acting.”

Since then, McCann has been in music videos for artists Jennifer Hudson, Adam Levine , and Matchbox 20. McCann has also taken his talents to television; he’s been on the Oxygen Channel, Shark Tank, 1,000 Ways to Die, The Ellen Show, as well as some national commercials.

“I feel it is an honor to be selected to be part of this Festival because I’m representing the soldiers, the people of the military,” McCann said. “I’m performing to honor those who did not come home.”

Julián Morales wrote a short script many years ago about his friend from the Marine Corps who had passed away. He submitted the play for the 2020 NVCAF as a way to honor his friend while also doing something true to himself. The Festival allows veterans to express themselves and heal through so many varied artistic categories.

“We are all very likeminded in a way; we’ve all fought in different wars, but the result is the same — we have stories to tell, whether it’s through photography, writing, dance, or theater, and when we get together, great things happen,” Morales said.

Morales’ main focus during the National Veterans Creative Art Festival was healing. He didn’t expect anything to get published, nor did he get competitive. He just wanted to focus on the therapeutic benefits of the week with his creative writing or dance performances.

“I wish I would have found out about the Festival a lot sooner. Maybe I would have been a lot better off with my PTSD if I had,” Morales said. “Before I submitted last year, I couldn’t do it, but then there was this push or fire inside me that was like, ‘You got to do something to put out these flames because you’re gonna burn up.’”

Read more about the American Legion Auxiliary’s support of the National Veterans Creative Arts Festival by heading over to www.ALAforVeterans.org.

A closer look at NVCAF at Home

Even though the 2020 National Veterans Creative Arts Festival was a virtual, at-home event, veteran artists across the country still took part in the event to commemorate their hard work. They persevered through virtual technology issues and embraced this new way of meeting. 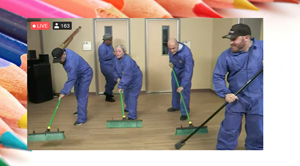 “I loved being able to see folks from last year, which was almost like you’d been released from confinement to see your friends again,” said performer Mary Jean Houlahan. “It was so exciting to see them and to see new people and welcome them in a situation that wasn’t normal for them either. The thrill of being there was being with other veterans.”

The at-home decision was made to protect the health, safety, and well-being of veterans, caregivers, families, sponsors, and staff at local and national levels. Making the best of the situation, the change still provided veterans an opportunity to continue to be artistically engaged and recognized for their creative accomplishments, despite not actually being together.

“I thought the week was great! Definitely not the same as going to an actual Festival and meeting other veterans and caregivers face to face, but times are changing, and I learned to adapt. It was different, but it was great at the same time,” said NVCAF gold medalist veteran Julián Morales.

The 2020 NVCAF was the first of its kind. And although no one was together physically, the U.S. Department of Veterans Affairs and the American Legion Auxiliary were able to incorporate interactive virtual workshops and educational sessions to continue the connection the Festival brings.

“The fact that VA staff and ALA staff picked up this challenge and made this happen is just remarkable,” said Army Veteran Mike McCann. “I think we can learn from this Festival.”

A week before the Festival, VA team leaders and the Auxiliary national team met with the creative veterans to offer an opportunity to meet each other in a small group session. Veterans who weren’t able to attend the pre-meeting to familiarize themselves with the new technology were provided with an online platform test as a way to get comfortable with the virtual platform.

“The virtual Festival was well done. We had our obstacles and our bumps, but I think that had a lot to do with the fact that it was our first time,” added Marine Corps Veteran Victoria McCoy.

The virtual week included a wide variety of workshops and educational sessions for veterans to participate in. As a way to become inspired and connect with veterans across the country, a national VA art workshop was offered. A comedy workshop was full of laughs, and the veterans were taught how to find the funny in everyday life. Other workshops offered were Releasing Tension through Cuban Dance, writing workshops, and songwriting workshops.

“I thought it was a very good educational opportunity for people with any kind of interest in other artist categories,” said McCann.

Here’s a big virtual round of applause and standing ovation to all winning artists for their participation!


This article was originally published in the February 2021 Auxiliary magazine.