Veteran hopes to restore a 42-year-old ALA flagpole memorial 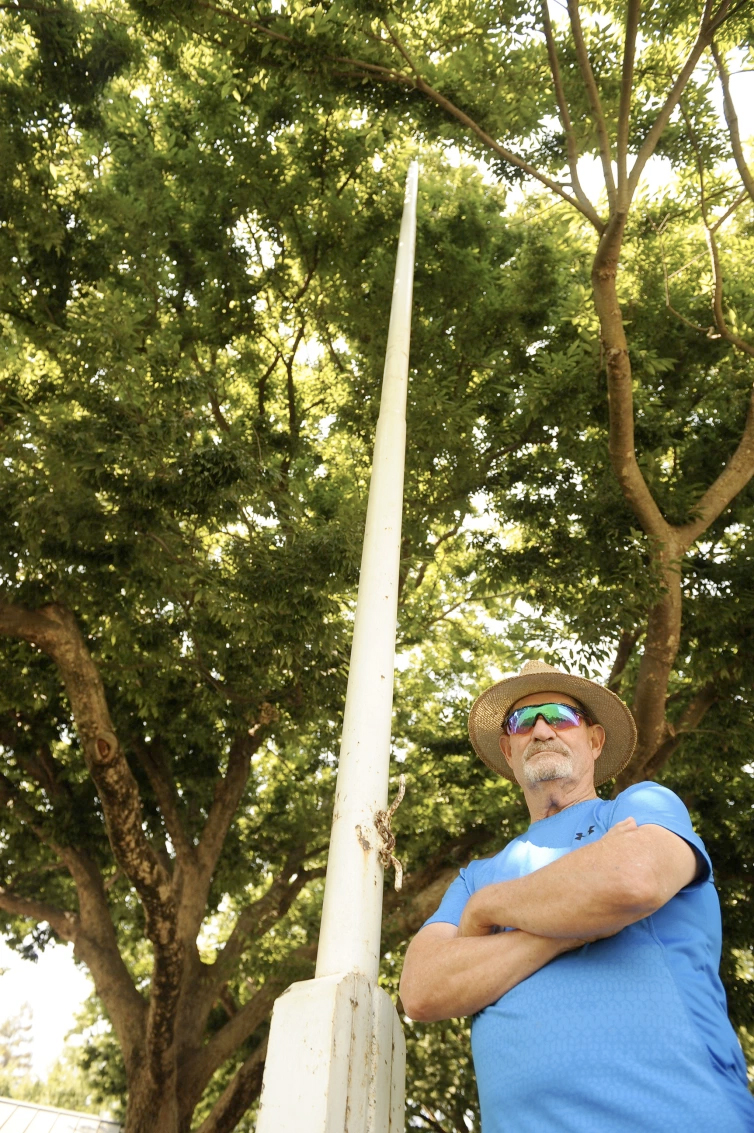 Seeing a flagpole without an American flag flying from it, and virtually engulfed by the expansive, leafy limbs of a big tree in a city park, just didn’t sit right with U.S. Army veteran John Callahan.

Callahan, of Lodi, Calif., was equally troubled by the low-profile location within that park of the flagpole and its accompanying 42-year-old memorial plaque. The plaque had been placed in memory of deceased veterans who belonged to The American Legion Post 22 in Lodi. Installed near the base of the flagpole in Lodi’s city-managed Legion Park, the plaque was dedicated in June 1976 by American Legion Auxiliary Unit 22 of that post.

With the city’s government leaders having no plans to cut the tree or trim back some of its branches, Callahan decided to do something. He is raising money to replace the pole, get an American flag for it, restore the original plaque, and add another plaque engraved with names of local deceased veterans. Callahan said he would like to relocate the flagpole memorial to a more visible part of the park.

“To me, this is about re-honoring those people the plaque was put there for. The American Legion, and the Auxiliary, are all about veterans and respecting them,” Callahan said. “And, I want to see Old Glory flying again over that park.”

With a fundraising goal of $10,000, Callahan established a GoFundMe account in August and has raised $2,850 as of Oct. 30. A family in Lodi recently donated a flagpole in honor of a relative who was a veteran, Callahan said.

If he raises enough money for the project, he would like to install a paved walkway to make it easier for people to get to the base of the pole and read the plaques, Callahan added. 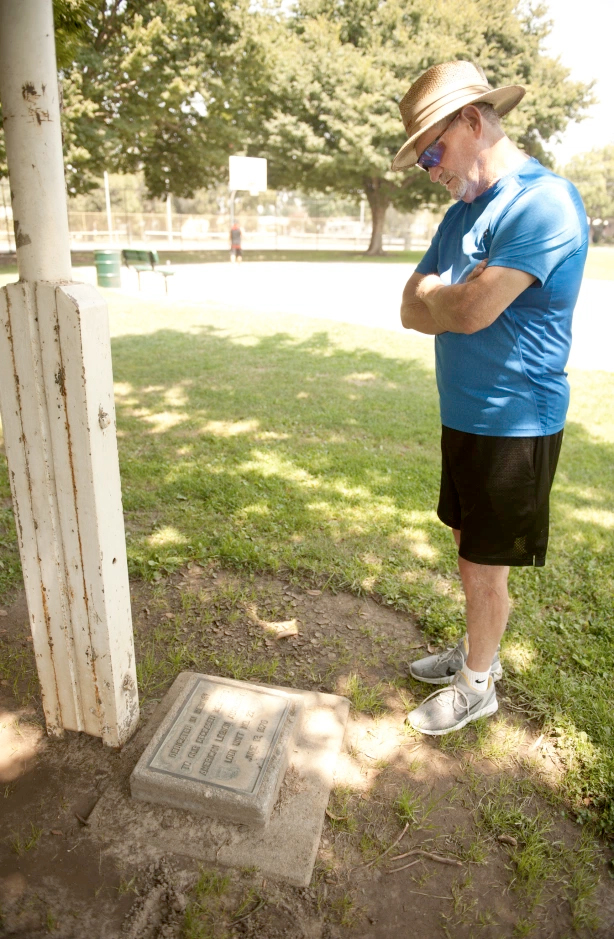 U.S. Army veteran John Callahan of Lodi, Calif., reads the dedication plaque at the base of the American Legion Auxiliary flagpole memorial in Lodi he wants to restore and relocate. Photo by Bea Ahbeck/Lodi News-Sentinel

“It’s great that other people in the community are taking interest in honoring our veterans,” Scholl said.

As his fundraising efforts continue, Callahan said he is starting the process of pursuing whatever local government-issued permits and permissions that may be required for this project. Callahan, a local artist, is no stranger to Lodi city officials. Recently, he successfully restored a popular fountain sculpture at Legion Park.

For more information about Callahan’s proposed plans for the ALA flagpole memorial in Lodi, contact Callahan directly through the GoFundMe page he established.