The power of the arts in suicide prevention

The creative arts are often used to help our nation’s veterans with PTSD and suicide prevention. Although the arts are used throughout the year to help those in need, there is an extra emphasis in September as Suicide Prevention Awareness Month.

“There are so many ways that art and music and writing — all of the creative arts — can help,” said Jillian Thompson, creative arts therapist/music therapist with the U.S. Department of Veterans Affairs. “It provides a way to self-express when you don’t actually have the words. So many times, we know how we feel, we know what we need to say, we just don’t have the right words to say it.” 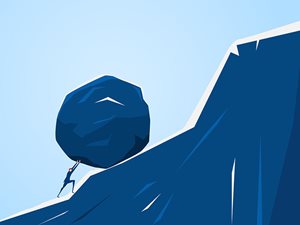 Thompson has been a creative arts/music therapist for 15 years and has seen many veterans battle thoughts of suicide.

Sometimes it takes that right music or painting the right picture to express those feelings. But for those in the military, they are often used to not expressing their feelings.

“I always say to my patients: We take this stuff, and we pack it in, and we keep packing and packing, but the problem is, we are packing 30 years of stuff into an overnight bag and one of these days, that bag is not going to be able to hold it and it’s going to explode and you’re not going to know what to do with it,” she said. “I think suicide often becomes the answer because we don’t know what to do with all the stuff coming back out. [The arts] definitely help us to self-express.”

Thompson regularly works with veterans who have suicide ideation.

The veterans know they can reach out to each other in between group sessions. They’ve built that camaraderie, much like they had while in the service.

“They come to group and say, ‘I wrote about being suicidal and I want to talk to the group about it because I know you will all support me,” she said. “’This group is one of those things where I don’t want to commit suicide because I have all of you and I know you will help me.’”

Thompson added that art therapies tend to feel less threatening to people versus sitting down with a psychologist and talking directly about the issue. Going through music and/or the arts lets veterans and others discuss their troubles through a different lens.

One way Thompson connects with her clients is through lyric analysis. She picks a song, everyone receives the lyrics, they listen to the song, and then they talk about what the lyrics mean. There is no wrong answer.

Although proven beneficial, there can be misconceptions about this type of therapy.

“I think people misunderstand the actual therapeutic evidence-based research there is on how music and art can benefit,” she said. “Like really benefit people. I think they think we are just here to entertain them or give them a coloring book. I think they are missing the fact that it’s evidence-based. It actually has positive health outcomes.”

There truly is so much that music can do that people just don’t realize, Thompson said.

“Sometimes when we have depression or anxiety or the other symptoms that are leading us to be suicidal, we have trouble focusing and being motivated, and music can really help the brain to focus in and motivate it on what it needs to do,” she said. “There are a lot of ways it can help — it can control our heart rate, it can help blood pressure, all of our vital signs, it can reduce stress, and the beauty of it is it’s very adaptable and very individualized.”

“In this group, it’s not about grammar or punctuation or any of that kind of stuff,” she said. “It’s about the content. We get a topic, and everyone goes home and writes about that topic and takes turns sharing and kind of through their writing, they are able to express themselves.”

For those who have never experienced art/music therapy, Thompson offers advice.

“Come in with an open mind and give it a try,” she said. “Music and art have so many health benefits and so many positive things. There is no pressure.”

Art and music remind people to have meaning in their lives and that they are giving back through that medium.

“Music and art therapy have so much benefit and so many good outcomes from people with any mental health, but definitely patients with depression, anxiety, and suicidal thoughts,” she said. “I definitely think it’s had a lot of positive outcomes.”

According to www.nami.org, warning signs of suicide:


Suicidal behaviors are a psychiatric emergency. If you or a loved one starts to take any of these steps, seek immediate help from a health care provider or call 911:

If you are unsure, a licensed mental health professional can help assess.

Forty-six percent of people who die by suicide had a known mental health condition. Other factors that may put a person at risk of suicide: