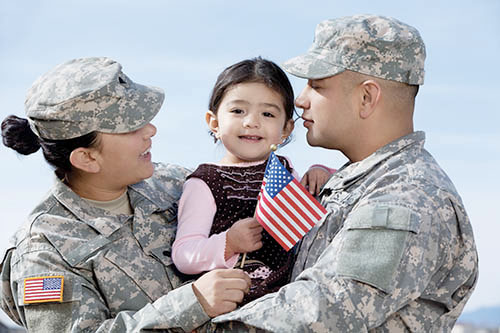 It’s been just over one year since the LEGION Act (Let Everyone Get Involved in Opportunities for National Service) was signed into law. The legislation declares that the United States has been in a state of war since Dec. 7, 1941, and has opened up membership in The American Legion Family to those who served during the Cold War and other conflicts, and their eligible family members. More than 4 million veterans – who previously weren’t eligible for membership in The American Legion – can now join. Think of the large number of family members of those veterans who are eligible for American Legion Auxiliary membership.

What does this mean for your ALA unit’s recruiting efforts? It opens up membership opportunities to a whole new group of veterans and their families in your community. Now is a good time to check back with those who may have been interested in joining in the past but couldn’t. It’s important to let all veterans and their families in your community know they are now eligible.

Your unit should consider incorporating this change into its recruiting efforts. It may take a while for all members to get used to the eligibility change. Consider posting reminders in newsletters and discussing during unit meetings. Current members need to be prepared to explain the LEGION Act when recruiting because it can be confusing to veterans who were not eligible before, but are now.

“We need to become visible in our communities with membership drives providing information about the updated eligibility requirements,” said Pam Ray, ALA national Membership Committee chairman. “I truly believe that person-to-person connection is so affective. It gives you the opportunity to speak with someone and read their excitement or concerns.” Ray also advises being comfortable inviting a veteran to join The American Legion Family. “It is time to stop saying, ‘No one wants to hear about us or do anything more than they are already doing.’”

Gone are the concerns that a potential member may not be eligible because of when they or their family member served. You no longer have to explain the confusing eligibility periods.

“I do believe some of our members have embraced this opportunity more than others. They are excited about the new eligibility requirements provided not only by the LEGION Act, but also the ability to recruit male spouses of veterans and active military who are Legion members,” said Ray. Many veterans are proud of their service and would love the opportunity to give back. Ray encourages members to ask anyone who is a veteran to join.

Units should also recruit for the entire American Legion Family, not just the Auxiliary, to grow as a group. Let potential members know about each organization in the Family. The LEGION Act is one of the easiest recruitment tools American Legion Auxiliary members have, Ray said. Current members should make every effort to ask anyone they come in contact with if they are a veteran and let them know the benefits of being part of The American Legion Family.

So, how do you spread the word about the LEGION Act?

Now is a good time to check eligibility requirements listed on your post home’s printed and online materials. Make sure you have the new dates. There are now just two periods of membership eligibility: April 6, 1917, to Nov. 11, 1918, and Dec. 7, 1941, until a time when the U.S. is no longer at war.