Promoting Flag Day and Americanism in our communities 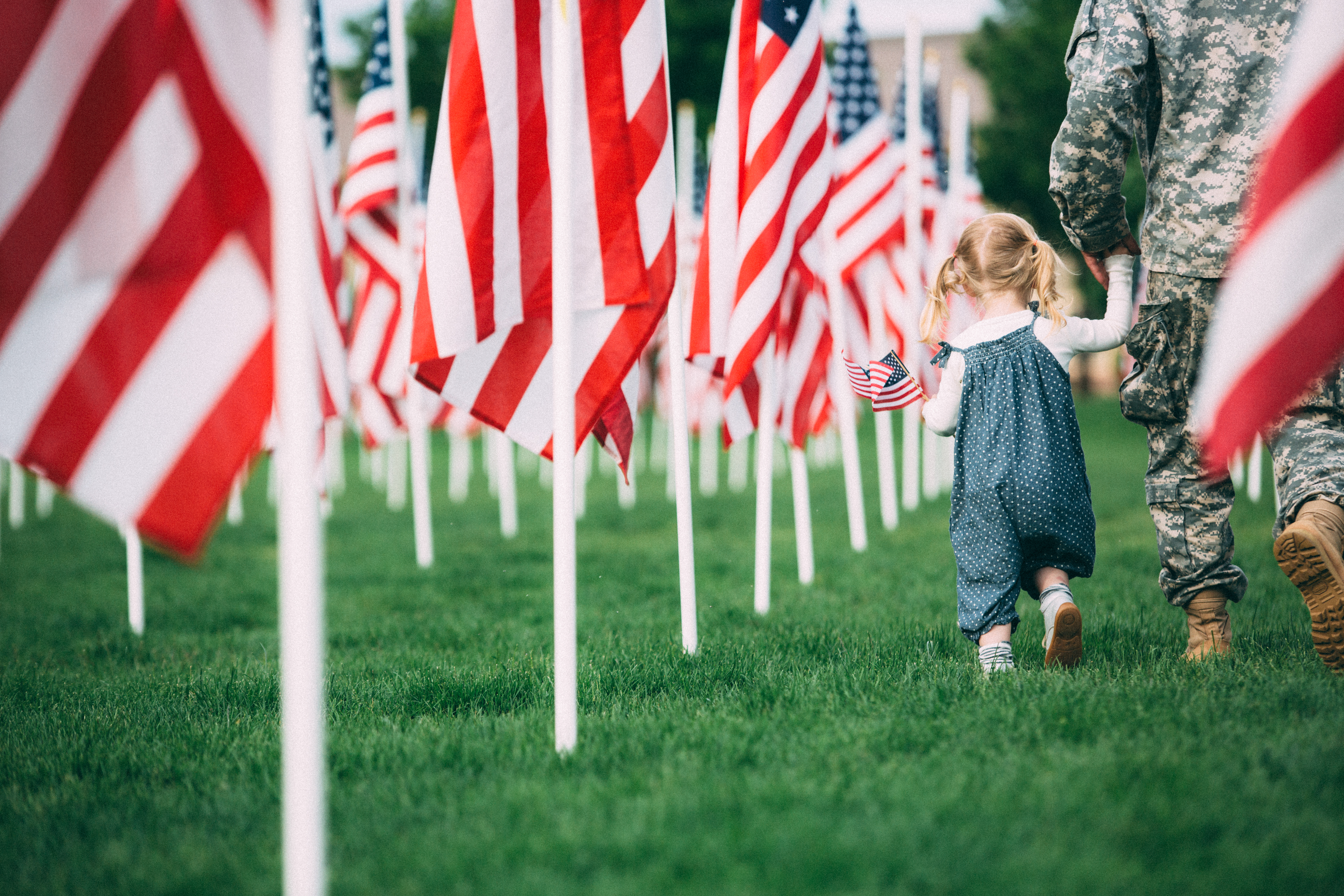 
Today, June 14, is Flag Day. The flag is a symbol of the freedom, independence, and unity we enjoy. The 13 stripes represent the 13 original colonies, and the stars represent the 50 states. The color red symbolizes hardness and valor, white symbolizes purity and innocence, and the blue represents vigilance, perseverance, and justice.

The date is significant — on June 14, 1777, the Second Continental Congress passed a resolution that “the flag of the United States be 13 stripes, alternate red and white, and the union be 13 white stars in a blue field, representing a new constellation.”

Each time a state was added, another star was placed on the blue field. President Eisenhower ordered the 50-star flag on Aug. 21, 1959. As a class project, 17-year-old Robert G. Heft of Ohio disassembled a 48-star flag and stitched on 50 stars in a proportional pattern. He explained to his teacher that he expected Hawaii would achieve statehood soon after Alaska and that 50 stars would be needed. The flag was also given to his congressman, Walter Moeller, who presented it to President Eisenhower. Heft’s flag was chosen from over 1,500 designs and the flag was raised for the first time on July 4, 1960 with President Eisenhower and student Bob Heft observing. Heft’s teacher promptly changed his grade from a B- to an A.

Both President Wilson in 1916 and President Coolidge in 1927 issued proclamations asking for June 14 to be observed as National Flag Day, but it wasn’t until Aug. 3, 1948, that Congress approved the national observance and President Harry Truman signed it into law.

On Sept. 3, 1777, the American flag flew in battle for the first time. It was during the Revolutionary War at Cooch’s Bridge Delaware. Many ALA units and others make pocket flags to share with our military as they are deployed — a tangible sign of our way of life and the freedoms we enjoy because of the sacrifices they endure.

There are many stories of our servicemembers making flags. One such story is about Jose Quintero, a Texas-born son of Mexican immigrants, who joined the    U. S. Army. He was fighting the Japanese at the Battle of Corregidor where his actions earned him a Silver Star. After the surrender, Quintero survived a prisoner of war camp in the Philippines and then was transported to Niigata POW camp in Japan. While struggling to survive the camp, he made a U.S. flag from scraps of jeans and colored blankets and the help of a Canadian POW. Quintero hid the flag below the floorboard of his bed as it could have meant death if it had been found.

When they heard of the Japanese forthcoming surrender on Aug. 14, 1945, Quintero began running around the camp waving the handmade banner. When he heard an approaching American airplane, he climbed on a roof and held the flag high in the wind. The plane opened its bomb door, but did not release any bombs — instead the pilot dipped his wings from right to left. The camp had been saved from being bombed. You can find this flag at the Smithsonian National Museum of American History in Washington, D.C.

Why is it so important for the American Legion Auxiliary to promote Americanism and the proper respect for the flag? Not only is it the right thing to do, but it also is respectful to the men and women who wore the uniform and still serve.

The American Legion has a booklet, Let’s Be Right on Flag Etiquette. You can also check out the U.S. Flag Code.

It's Just a Piece of Cloth

That is all it is — Just a piece of cloth.
But when a little breeze comes along — it stirs and comes to life,
and flutters and snaps in the wind,
all red and white and blue!
And then you realize that no other piece of cloth could be like it!
It has your whole life wrapped up in it — the meals you eat; the time you spend with your family; the kind of things boys and girls learn at school;
the strange and wonderful thoughts you get in church on Sunday.
Those stars in it — they make you feel just as free as
the stars in the wide, deep night.
And those stripes — they are bars of blood to any dictator
who would try to change this way of life.
Just a piece of cloth,
that is all — until you put your soul into it, and give it a meaning.
Then it is a symbol of liberty, and decency,
and fair-dealing for everyone.
It is just a piece of cloth until we breathe life into it;
until we make it stand for
everything we believe in, and refuse to live without it.