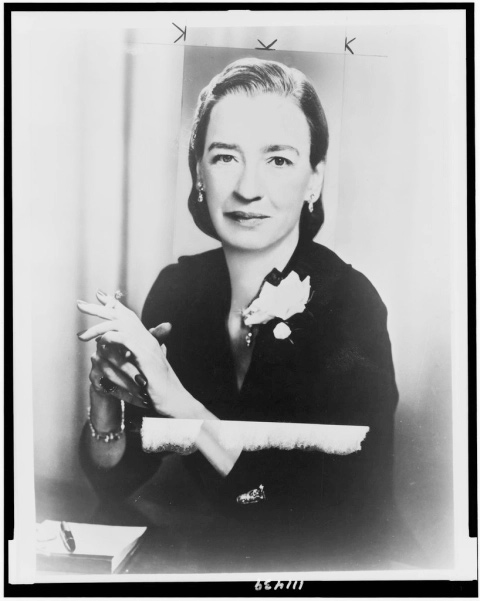 “The most dangerous phrase in the language is, ‘We’ve always done it this way.’” — U.S. Navy Rear Admiral Grace Murray Hopper

For Grace Hopper, the attack on Pearl Harbor on Dec. 7, 1941 signaled a major turning point in her life — as it did for many other Americans.

Hopper, who was 34 at the time, was determined to enlist in the military — even though she was considered too old to join the Navy. There were other factors that made her an unlikely candidate. She already had a career as an associate professor at Vassar College in New York, and her skills as a mathematician made her the ideal candidate for work as a civilian. Plus, she wanted to enlist at a time when women servicemembers weren’t the norm.

However, Hopper was inspired by the legacy of her great-grandfather and personal hero, Alexander Wilson Russell, a Navy admiral who fought in the Civil War. She didn’t give up. She convinced Vassar to grant her a leave of absence and was sworn into the Navy Reserve in December 1943. Commissioned as a lieutenant junior grade, she began a 42-year career with the Navy that led her to the ranking of rear admiral.

Upon entering the Navy, Hopper was assigned to work with the IBM Mark I computer at Harvard under the direction of Howard Aiken. She began a life-long love affair with computer programming. “Amazing Grace,” as she was called, devised the first compiler, which turns source code into programming language. She also forged the development of the COBOL, a computer programming language that was frequently used for business and administrative purposes.

In her own words regarding her achievements, she said, “The most important thing I’ve accomplished, other than building the compiler, is training young people. They come to me, you know, and say, ‘Do you think we can do this?’ I say, ‘Try it.’ And I back ’em up. They need that. I keep track of them as they get older and I stir ’em up at intervals so they don’t forget to take chances.”

Hopper, the oldest of three children, was encouraged by her father, Walter Murray, to explore roles beyond those typically assigned to women. She pursued an education in math and physics, graduating with honors from Vassar in 1928 before going on to Yale University, where she earned a master’s degree and a PhD in math.

Hopper was recognized with numerous awards and honors before her death in 1992 at the age of 85. She was buried with full military honors in Arlington National Cemetery.