Getting to know ALA National President Kathy Daudistel 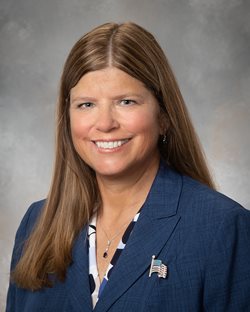 Want to know our 2021-2022 national president on a more personal level? Read on for some fun tidbits!

What is your favorite food?
Pizza! I love pizza. Also, seafood and Italian.

Do you have any embarrassing moments you’re willing to share?
I think it was my first time I ever did an ALA Mission Training. I was talking about branding and wearing the right clothes, and I hesitated and said, “Wear your clothes.” I wanted to crawl under the table. Everyone was laughing, and I was still trying to get it.

Do you have a favorite place you’ve visited?
I love the beach. We did a family trip to Isle of Palms, S.C. I went to Hawaii once, and, at night, we watched the lava flow down into the ocean. It was the most incredible experience I’ve ever had. I can still feel the way I felt that night. It was incredible to watch nature. 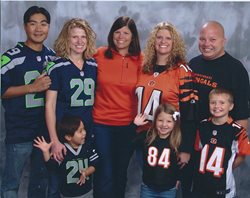 House by the beach or cabin in the woods?
I obviously love the beach, but I like a cabin in the woods too. A friend of ours has a cabin down in Gatlinburg, Tenn., and we love to go there. It’s peaceful. My daughter got married in the Cascade Mountains. It was calming, relaxing.

What is your favorite season?
Spring and fall.

Do you have a favorite animal?
I love horses. They are just so sleek and regal. For my favorite domestic animal, I can’t decide between a cat and dog. So…cats, dogs, horses!

If you had to do a triathlon, which part would you be best at — swimming, biking, or running? Biking. I’m a really slow runner. And I don’t feel like I’m a strong swimmer. I think I can walk faster than I can run.

Do you have a favorite dessert?
Key lime pie. I also consider myself a bread pudding connoisseur.

Daudistel is eligible for ALA membership through her father, William Kaelin Jr., a United States Army veteran who served during the Korean War era.

Be sure to check out the national president feature story in the November 2021 Auxiliary magazine when it hits your mailbox in late October/early November, or view the digital version here.