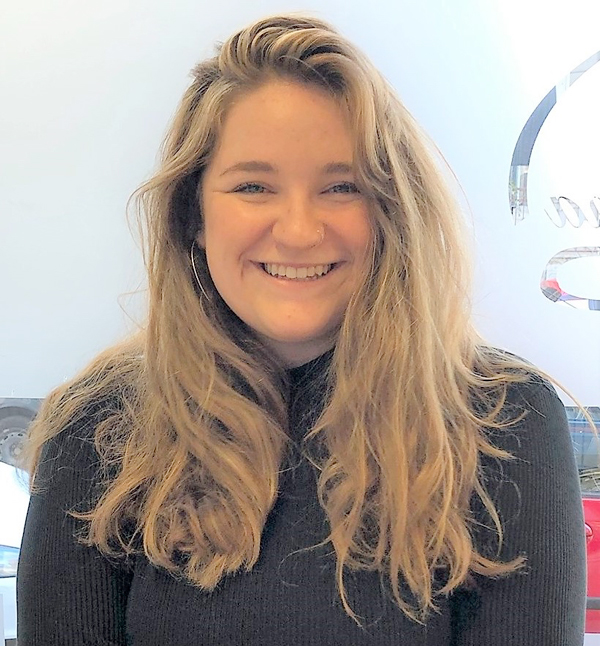 Growing up in a U.S. military family, college student Samantha Daulton developed, among other things, resiliency in the face of adversity. It showed when Daulton found herself in a quickly unfolding, almost chaotic situation, while in Italy as part of Loyola University’s study abroad program. She was there just before the deadly and highly contagious COVID-19 virus was breaking out in parts of that country.

In mid-January, Daulton left Loyola in Chicago and arrived at the university’s satellite campus in Rome — living out her longtime dream to travel and study overseas. She was using GI Bill education benefits earned through the U.S. Army service of her father, Col. Scott Daulton.

The college sophomore worked hard toward her study abroad aspirations, saving money to cover some of her education-related expenses not covered otherwise. And, she earned the grades necessary to get to that point.

At first, things were going great. Then, there were mild warnings from school officials. The main warning was for students at the satellite campus to be careful about traveling to certain Italian regions because the students could get stuck there if a lockdown was imposed in response to the COVID-19 outbreaks. By the end of February, things took an abrupt turn.

“It went from, ‘Oh, this is a little weird’ to suddenly super-bad all at once,” Daulton said. “It was like nobody took it seriously until one day, we woke up, it was super serious and we had to go.”

The uncertainty and persistence spread of this new and dangerous virus — plus the heavy restrictions toward which all of Italy was headed — prompted Loyola to recall its students there back to America months before the semester would’ve normally ended.

Daulton’s flight arrangements included a stopover in Munich, Germany, then on to Chicago. While at the airport in Munich, she was subject to German authorities’ unusually thorough and lengthy baggage search — and unnerving jokes.

“Every single person in the German airport was making jokes about having us quarantined. They were like, ‘Yeah, this is a massive group of students from Rome. We might as well lock down this section of the airport.’ They were all saying it seriously, and then they’d turn to each other and laugh. There was already a language barrier, and they were saying very little in English. It was very stressful,” she said. Still, Daulton remained calm. She cooperated with airport authorities, remained respectful, and was able to make it to her flight to Chicago.

Daulton made it home March 4. She quarantined at her parents’ home, but away from her family, for two weeks to be sure she didn’t have the coronavirus that causes COVID-19. She got through the quarantine period without experiencing any health issues, she said. With distance learning, Daulton completed the rest of her sophomore year in early May.

But the lesson that sticks with Daulton is the one she learned about herself from the entire ordeal. Daulton said she saw how resilient she can be when faced with unexpected challenges. She is certain she developed resiliency while growing up in a military family.

Daulton demonstrated other positive attributes and characteristics that are often cultivated through life as a military child. For example, she quickly put her plight into perspective amid this tremendous worldwide health emergency. Daulton realizes that there are people who have died from, or are seriously ill because of COVID-19. She knows that many individuals are out of work — and/or face other major uncertainties regarding food and shelter — because of community-wide steps taken to slow the spread of the virus. And she is aware that some people can’t hug or kiss their loved ones for fear of getting them sick.

But Daulton is perceptive enough to know not to compare her problems to those of other people. Yet, she understands that she must deal with what’s in front of her, and the emotions that stem from that, the best way she can.

Someday, when it’s safe for her to do so, Daulton will travel again. That’s one goal she will never let out of her sights … no matter how long it takes to achieve it.

Majoring in environmental policy and minoring in political science and history, Daulton will be in the class of 2022.