Joyce Livingston is no stranger to caregiving and what it takes. She cared for her husband, Robert, when he battled various ailments between 1975 and 2020. His medical issues ranged from diabetes to torn rotator cuff surgery to heart attacks to cancer.

“No one knows what a caregiver goes through until they become one themselves,” Livingston said. “You have to want to do it. You have to be there and put your heart into it. If you’re not willing to do everything you need to do, you won’t survive.” 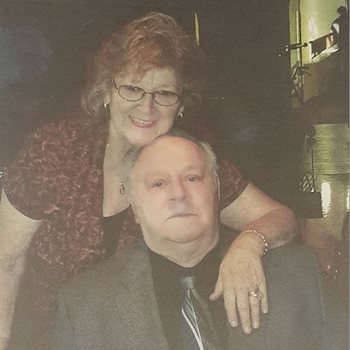 Livingston and Robert were married for 61 years, and for much of that time, she took care of him. Ailment after ailment, they continued praying that he would get better and sought medical help for each diagnosis.

She was still working as Robert’s health was declining, so she ended up retiring earlier than planned in 2010 so she could be his full-time caregiver.

Livingston never really took respite for herself while caring for her husband — she took a nap here and there, but not much time to herself beyond that.

“It’s not wrong if someone needs to get away; I understand that,” she said. “How long you are with someone — I think that has a lot to do with it.”

She made sure they both got out of the house on a regular basis.

“I always took him with me — he liked going for a drive,” she said. “He hadn’t driven for years. He would fall asleep, and we would drive around for a while.”

One thing about caregiving, Livingston said, is you often have no idea what you are going to do from one day to the next.

“Sometimes, he would want breakfast and then throw up,” she recalled. “He would forget to take his false teeth out, and I would have to get them out of the bucket and clean them off. If you love someone, you will do anything for them. If you are squeamish on blood or throwing up or helping someone in the bathroom, it can be a hard job.”

Sure, the emotional and mental aspects of caregiving can be overwhelming. But sometimes, it’s even harder because you love the person that much.

“I can’t tell you how many times I did something for him and then went in the bathroom and cried,” she said, her voice wavering. “I never wanted him to see me cry.”

Livingston said she could not have survived Robert’s death without the American Legion Auxiliary and her church. Being involved in different positions, such as chair for the VA hospital gift shop, helped keep her occupied.

“I had Auxiliary people call me constantly to make sure I was OK and if I needed anything,” she said. “I could have called a number of people.”

Having spent years as a caregiver, Livingston offers words of wisdom for those who may be in her shoes one day.

“Take it one day at a time,” she said. “With me, I put all my faith in God. I don’t know if everyone does that. Also, call someone who has been a caregiver and learn different things you may have to do.”

“I did everything for him, and I am very proud to have been able to do that,” she said through tears. “No one will ever know how much I miss him.