There is no expiration date on kindness and care, especially when it comes to America’s veterans. The following true story dates back to Valentine’s Day 2020. This feel-good story is one of the things the world needs now. Enjoy learning how The American Legion Family stepped up in response to the small request of 104-year-old United States Marine Corps veteran Bill White. 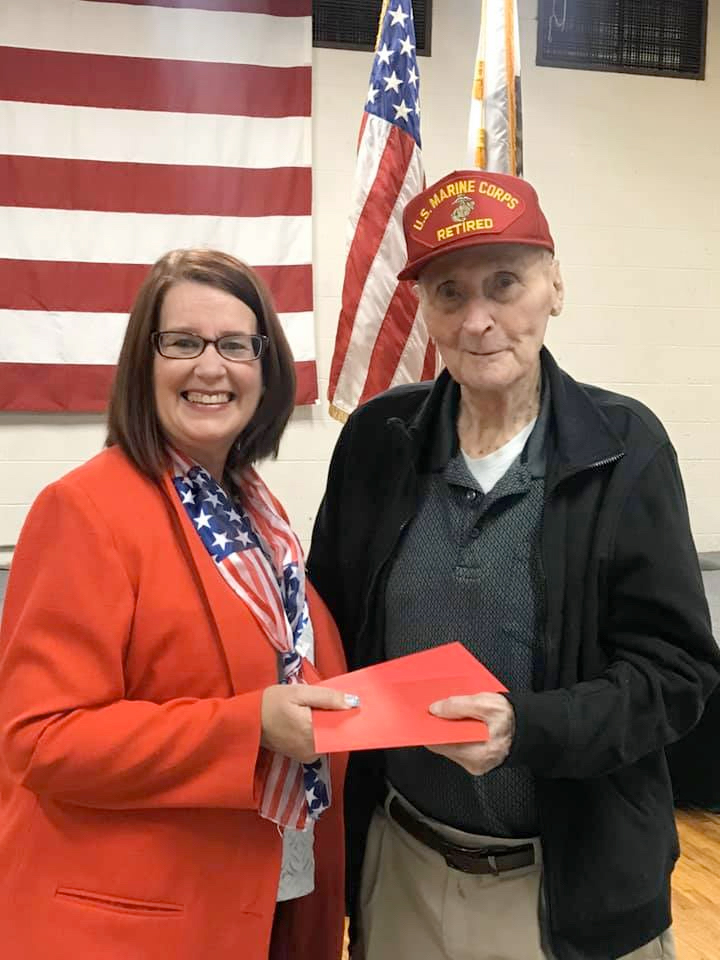 In January 2020, nurses at The Oaks at Inglewood, in Stockton, Calif., reached out to the community asking for Valentine’s Day cards for one of their residents: 104-year-old U.S. Marine Corps. Maj. Bill White (Retired). Maj. White served for 30 years and fought at the Battle of Iwo Jima in 1945, receiving a Purple Heart on March 3, 1946. In his civilian life, Maj. White became a police officer and started a family. He has a lifelong hobby of scrapbooking his memories and milestones each year.

The idea of Valentine’s Day cards caught fire and spread across the country and globe. As of Feb. 14, 2020, Maj. White has received over 300,000 cards, gifts, and letters. They are from fellow Marines, elementary school children, grateful citizens, and many others, including personal letters from USMC Gen. David Berger and 19th Sgt. Maj. Troy Black, along with about 1,000 handmade valentines from Marines at Twentynine Palms in California. Not having paper to make the valentines, they used the cardboard and boxes from MREs.

Several special ceremonies were held in and around Stockton to honor Maj. White. On Feb. 13, friends, admirers, and media from the region came to an open house at The Oaks at Inglewood to deliver more cards, take pictures, and spend a few moments in the presence of a real hero. On Valentine’s Day, Maj. White and fellow Iwo Jima warrior USMC Cpl. Frank Wright, 94, were honored by American Legion Karl Ross Post 16 and Auxiliary Unit 16 at a dinner. Unit 16 adult members and Juniors presented both warriors with a banner and handmade cards. I gave him the cards from ALA National President Nicole Clapp and ALA National Headquarters staff.

Here is a message from Maj. White and his family:

“We want to thank the many American Legion posts and Auxiliary units across the country for your cards, letters, and gifts for ‘Operation Valentine.’ We were deeply touched by the thanks, support, and well wishes. It was a joy to read the personal stories and messages.”