After being faced with adversity, Auxiliary Emergency Fund grant helps mother of five get back on he 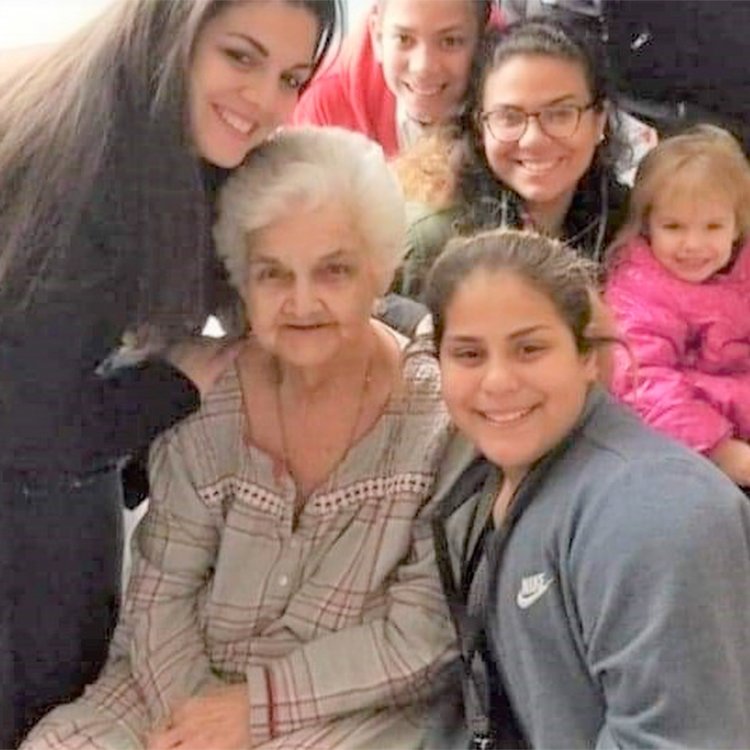 Michelle Acosta, a single mother of five, leads quite the busy life. Despite caring for her family and working two jobs to make ends meet, the lifelong American Legion Auxiliary member still finds time to volunteer at ALA Unit 165 in Wolcott, Conn.

“We help out with our ‘Poppy queen’ stuff, we stand at the door and sell poppies, and whenever we’re there, we volunteer,” Michelle said.

But one night, her entire life would change right before her eyes.

“I was going to drop my 3-year-old daughter off at her father’s house, and I got hit head on. My car went into a ditch, and I ended up hitting a wall,” she said. “My car was totaled, and we both got whisked away to the emergency room.”

While her daughter was okay, Michelle spent three days in the hospital suffering from multiple injuries. After she was released, she had to go to physical therapy four times a week and attend multiple doctor appointments. As if her life wasn’t hectic enough, Michelle had another obstacle to overcome.

Michelle had no income and was struggling just to get by.

“Just going to the grocery store, I couldn’t get the little extras. We had to do the bare minimum,” she said.

At first, Michelle shied away from asking for help.

That’s when a fellow ALA member encouraged her to fill out an application and apply for an Auxiliary Emergency Fund grant. When asked if she knew about the AEF beforehand, she said, “I had no idea. I was not aware of anything.”

After submitting her application, Michelle was awarded a little over $2,000, which helped pay her rent, a light bill, and gas bill.

“I was crying like a little baby because I was not expecting it,” she said. “It has not been easy for me these past four months. It really was a huge blessing. I was speechless, I really didn’t know what to say, I still can’t believe there’s assistance like this. Everybody takes their life for granted, and you don’t know how much you take it for granted until it’s taken away from you.”

Thanks to the AEF grant, Michelle has been able to get back on her feet. After three months, she was cleared to go back to both jobs in January.

As far as physical recovery, she’s taking it day by day. “Some days are better than others. I just have to take it easy.”

She encourages anybody and everybody to help support AEF in any way they can.

“Always just help somebody out even if it’s a dollar, two dollars, if it’s ten dollars – anything will help somebody who has nothing,” Michelle said.

To find out more about the Auxiliary Emergency Fund or to donate online, go to www.ALAforVeterans.org/Programs/Auxiliary-Emergency-Fund.