ALA member nurtures intergenerational ties within her unit

Building bonds and bridging gaps among the many generations represented within the membership of the American Legion Auxiliary is a labor of love for Mary Breeding.

Breeding, president of ALA Unit 294 in Powder Springs, Ga., lives out her passion for mentoring youth and developing future leaders of the American Legion Auxiliary — the world’s largest women’s patriotic service organization. And, she regularly connects with her unit’s older members.

“To keep a great organization going, you need to have good intergenerational relationships,” Breeding said. “People want that sense of belonging and that feeling that they are part of something meaningful. ALA members have that. But sometimes, we need to remind them. Plus, developing and nurturing these relationships with members … well, it’s just the right thing to do.” 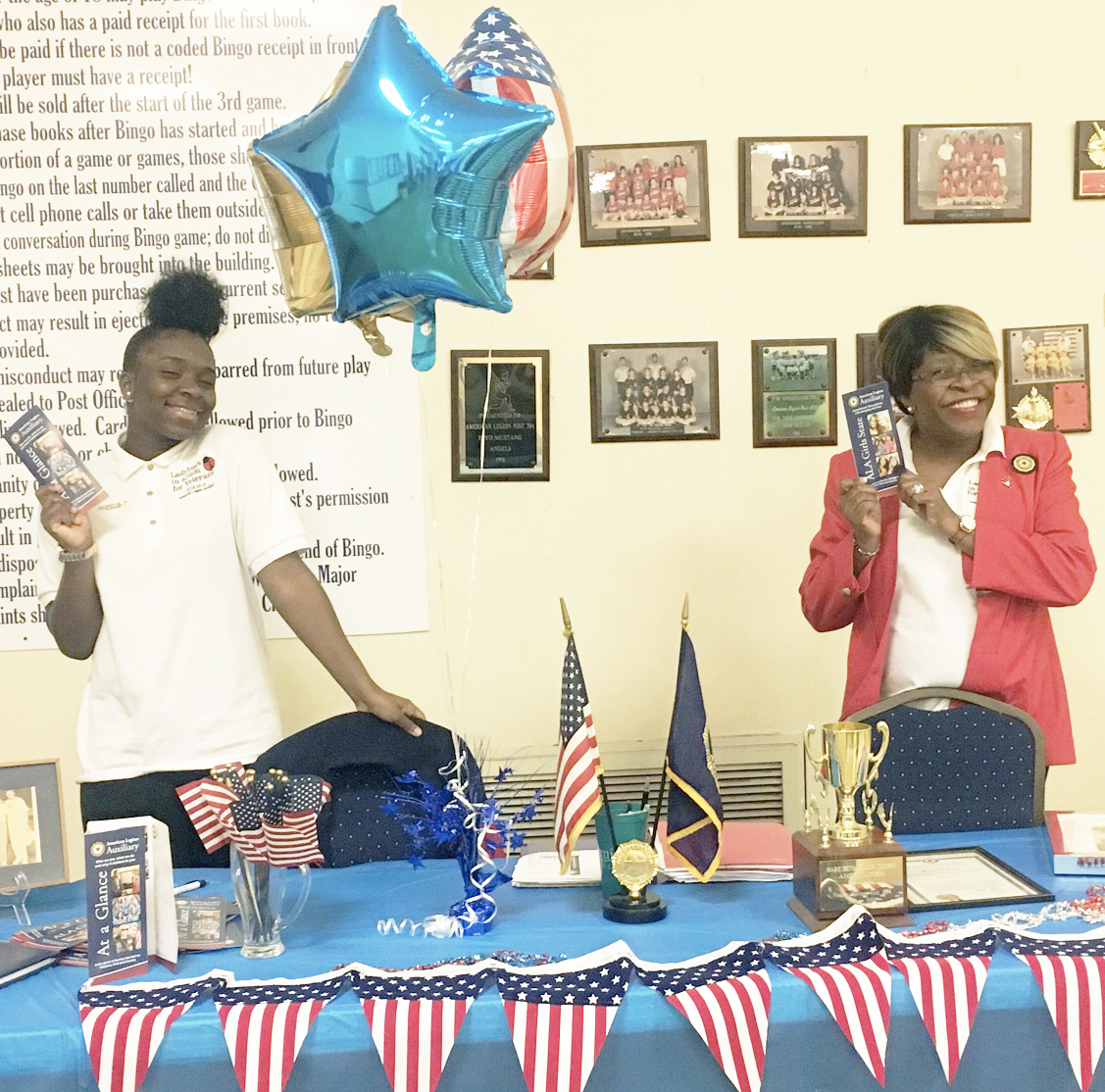 Mary Breeding, ALA president of Unit 294 in Powder Springs, Ga., teams up with Jayleen Reid, ALA Honorary Junior President for the Department of Georgia, at a membership recruitment table.

Breeding lives by those words. For example, she mentors 16-year-old ALA Junior Jayleen Reid, who now serves as Honorary Junior President for the Department of Georgia. Breeding understands the importance of good guidance because she had a mentor not too long after she joined the ALA as an adult.

Jayleen and Breeding have attended some Auxiliary conferences together. And, while Breeding attended ALA Mission Training when it was available in Georgia, Jayleen went to the national Junior meeting held simultaneously at the same location.

At Mission Training events, and at national Junior meetings, ALA members can learn how to maximize their efforts to fulfill the Auxiliary’s mission of honoring and helping our nation’s military veterans, servicemembers, and their families; mentor youth; and contribute to the betterment of their communities.

Breeding adds to that training with tips for Jayleen on poise and how to carry oneself in public because, as Breeding says, “No matter where you go and wherever you are, you are always representing The American Legion [Family], your family, and God.”

Recently, Jayleen and Breeding teamed up to work at a membership recruitment table at their post home during a Legion 100th anniversary celebration which was open to the public.

Being at the recruitment table appealed to Jayleen, in part, because of the message she thinks it sends.

“It shows that all ages, people from different backgrounds – everyone – can unite and work together on a common goal: our ALA mission,” Jayleen explained.

Jayleen, whose brother is serving in the U.S. Air Force, has been an ALA member for four years. She said she intends to continue her American Legion Auxiliary membership as an adult and eventually pursue other ALA leadership roles. Gushing with gratitude for all that Breeding has done to help her, Jayleen pledged to become a mentor.

“Ms. Mary has been so helpful to me. I want to be that person for someone else,” Jayleen added.

Breeding’s success in developing and growing intergenerational relationships with ALA members older than her is just as noteworthy as Breeding’s mentoring of 16-year-old Jayleen.

“I do wellness checks on our older members,” Breeding explained. “There was one lady I hadn’t seen in a while, so I called her up. She told me she had several surgeries, and she didn’t say anything to me because she didn’t want to be a bother. I told her she isn’t a bother and that she can call me anytime. Then, I went to visit her. I just sat down, chatted with her over a cup of tea. You would’ve thought I gave her a million dollars! That’s how appreciative she was. I enjoyed the time I spent connecting with her as well.”

Breeding’s sincere efforts to develop solid relationships among the many age groups within the ALA help with membership retention, growth of future Auxiliary leadership, and with respecting and caring for our elders.