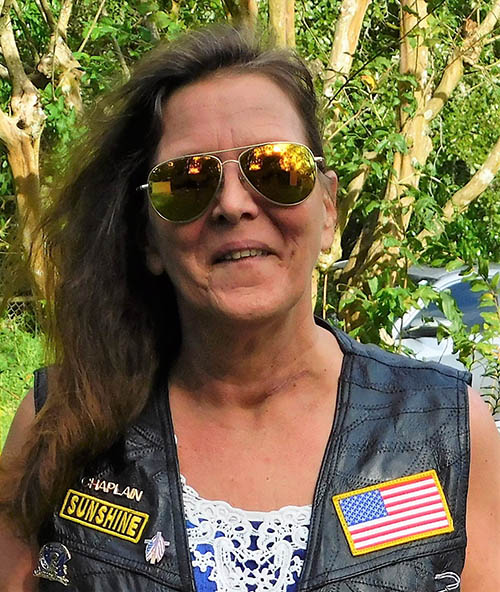 ALA member Rita Robbs of Unit 137 in Jacksonville, Fla. Robbs is also an American Legion Rider.

Helping disabled U.S. Navy veteran Alton Cooke, whose house needed a new roof, was what American Legion Auxiliary member Rita Robbs wanted most for her birthday this year. Robbs, of Unit 137 in Jacksonville, Fla., got what she wanted. And, Cooke — known by many in the Jacksonville community as “Pops”— got what he needed.

Robbs successfully spearheaded the joint effort to have Cooke’s roof razed and replaced, at no cost to him. The work was completed on Sept. 22, Robbs’ birthday. “Having his roof taken care of, it means the world to him. He’s 84 years old and he only has his Social Security coming in and he couldn’t afford the roof,” said Cooke’s caregiver, his daughter-in-law Jeanie Cooke. “I’ve heard my father-in-law say, ‘It’s a miracle! These people came through for me!’”

Jeanie Cooke and her husband live next door to her father-in-law. “We couldn’t afford it either. So the help he got took a huge load off of all of us,” Jeanie Cooke added.

Robbs found out about Alton Cooke and his bad-conditioned roof from her friend, Sher Arbogast — one of his neighbors — in August. Arbogast explained to Robbs that he needed help with his roof quickly, given the fact that heavy rains were headed into the area. 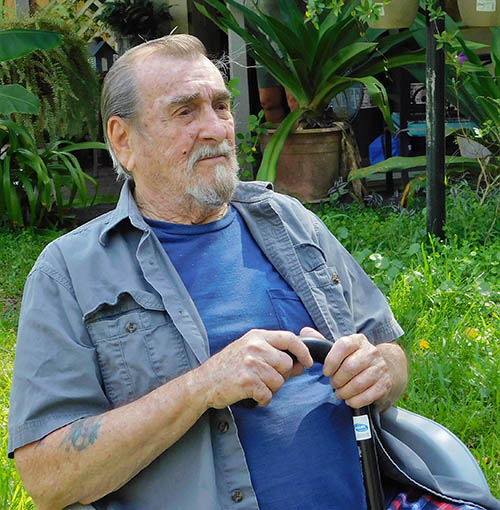 “I had a few tarps in the garage. I posted [online] that help was needed, and praise God, lots of help showed up for Pops. Veterans from the area reached out to help,” Robbs said. Among those veterans offering assistance were members of The American Legion, Sons of The American Legion, and American Legion Riders. Auxiliary member Robbs is also a Legion Rider. Assisting with the roof replacement project were many members of the Patriot Guard Riders, a non-profit volunteer organization that honors America’s fallen heroes.

“We did not have enough tarps to cover the roof, and Rebel Jones, a Navy veteran, was kind enough to go up to Home Depot and purchase what was needed to protect Pops from the weather. I knew we couldn’t just stop there. I didn’t know where to turn for help, as our American Legion Post 137 was closed due to COVID-19. I refused to allow that to stop me; I had a mission to help this veteran,” Robbs said.

She put a call out to more veterans for additional help. She also reached out to Home Depot on Lane Avenue in Jacksonville — which donated some of the roofing materials. Robbs then contacted Golden Hammer Roofing, a local contracting firm that’s veteran owned and operated. Golden Hammer Roofing owner Ed Callaway covered 100 percent of the costs, including the roof razing and replacement by his staff, plus the costs for permits from the local government, Robbs explained. JDog Hauling also donated its services for the project.

Numerous members of the local American Legion Family, including those with the Auxiliary, Legion, Sons, and the Riders, contributed to the effort in various ways. For example, Golden Hammer Roofing staff at the roof worksite received a complimentary lunch. Participating Legion Family members either donated the fixings for the lunch, prepared it, or served the meal — or contributed to the overall project in another way.

Support to Cooke and his family didn’t end with the roof. Members of post home 137, and with the help of others, are also doing some landscaping around Cooke’s house and adding a flower bed around the house. There will be other offers of assistance, as needed, to the Cooke family, Robbs said.

“We want to offer any support we can to Jeanie and her family, as well as Pops. She is a caregiver to a veteran, and this is a military family. We value them all,” Robbs also said, adding that seeing U.S. Navy veteran Alton Cooke get a much-needed new roof — and having the work completed on her birthday — made her birthday the best she’s ever had. “This was what I wanted. But it’s more about what Pops needed. It was about helping him. Helping a veteran.”

In addition to caring for her father-in-law, Jeanie Cooke takes care of her husband — who is in need of a double-lung transplant, and her elementary school-aged granddaughter and grandson who live with them. Her grandson is a special needs child.

Jeanie looks after them all while maintaining a job as a terminal manager for a trucking company. Between both households, Jeanie is the only one able to work. She knew getting the roofing work done was financially out of reach for the family.

“I asked our neighbor, Sher Arbogast, if she knew of any help programs that my father-in-law would qualify for. I asked for help, not a handout, and we got it,” Jeanie Cooke said. “We appreciate everyone’s help.”