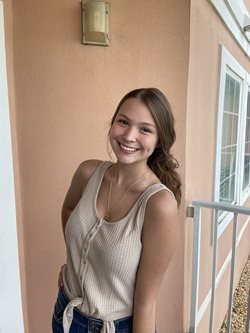 Rummaging through a bin at a bargain store, Katelyne Gruber came across an American flag for sale.

The 16-year-old Alabama Junior member lifted the flag up and noticed a huge tear.

“I turned to my mom and said, ‘They cannot sell this. This is rude and disrespectful,’” Gruber said. “I had grown up knowing to respect the flag. People have died for that flag. I haven’t seen so much disrespect toward something. There’s no telling how many people shuffled through those bins.”

She asked an employee if they could take it off the floor and was told that kind of thing happens all the time, and if she wanted it, she could buy it. So she did: for $7.

“No veteran needed to see that, and it needed to get disposed of properly,” Gruber said.

She took the flag to American Legion Post 57 in Jacksonville so it could be properly retired with other flags that will be honored at a flag retirement ceremony.

The Ceremony for Disposal of Unserviceable Flags is outlined in Resolution No. 440, passed by the 19th National Convention of The American Legion in New York, Sept. 20-23, 1937.

“I felt like it was something I needed to do then someone was telling me to do it,” she said.

Gruber offers advice to others who may come across a similar situation.

“I would advise them to first of all, buy it, and maybe do some research on how they can get it disposed of properly, and then they can educate themselves too,” she said.

Gruber’s respect for the flag was instilled in her through an American Legion Family leadership camp she has attended every summer since age 7. There, she learned how to properly fold the flag, salute the flag, and how to raise the flag.

For ensuring the torn bargain store American flag was properly disposed of, Gruber was presented with an ALA Good Deed Award. She was nominated by Unit 255 in Alabama.

“I cried,” she said. “I was overwhelmed. I wasn’t expecting it at all. I had no idea and was surprised.”

Created in 2002 by the national ALA Children & Youth Committee, the award is presented throughout the year to recognize the helpfulness of youths under age 18.