A week with a lasting impact on 100 future leaders 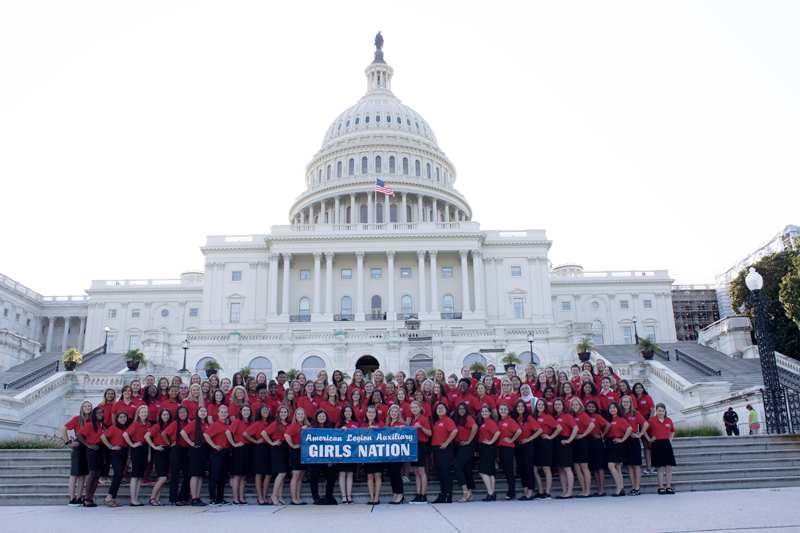 In just seven days, 100 teenage girls not only learned about government and our nation’s history, but they made lifelong friends and everlasting memories.

These girls were all part of the American Legion Auxiliary’s Girls Nation in Washington, D.C. Two girls from each ALA Girls State program were chosen to attend ALA Girls Nation as “senators.”

As these girls pursue their college goals and become leaders in their chosen field, the lessons learned during this week will have a lasting impact. Yes, it is important that they remember what they learned in their mock senate sessions and the debates over bills, but they will also remember the ice cream in the cafeteria, the nightly reflections, and bonding with their peers throughout the week. The hard work, fun times, and everlasting bonds give these girls confidence, leadership skills, and a network of friends across the country.

Most of the week, the senators were involved in mock senate sessions learning about the political system, debating bills, and running for office. The week also taught the girls about giving back, remembering our fallen servicemembers, and learning about our nation’s history.

Each year, ALA Girls Nation senators conduct a service project. This year, U.S.VETS was chosen to tie in with a focus area of ALA National President Kathy Dungan. This organization helps homeless veterans with housing, employment, and counseling services. The senators each brought comfort care items to donate to the organization. The senators also learned more about this nonprofit organization later in the week, when Clifton Lewis and Debra Truchon from U.S.VETS spoke to them about the organization. 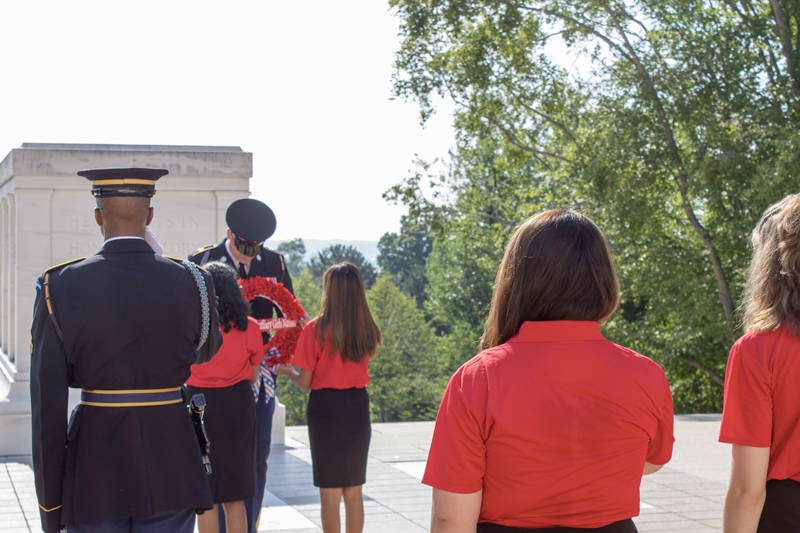 Wreath laying ceremony at the Tomb of the Unknown Solider

The senators learned about the sacrifices made for their rights to freedom as a U.S. citizen. During the opening convocation, the girls learned about the meaning behind the poppy. Each girl placed a poppy on a wreath, a wreath that would later be used in the wreath laying ceremony at the Tomb of the Unknown Solider at Arlington National Cemetery. During their visit to Arlington, the senators also participated in a patriotic service and visited the Women in Military Service For America Memorial.

During the week, the girls learned more about The American Legion Family from Dungan and The American Legion Commander Brett Reistad. Dungan attended several events during the week, including the visit with Vice President Mike Pence, Twilight Tattoo, commencement, and the banquet. Catherine Bird spoke at the inauguration ceremony. Bird is the principal deputy assistant secretary for administration at the U.S. Department of Health and Human Services. Lt. Col. Kimberly A. Johnson spoke during commencement. Johnson is currently serving as the coordination, liaison, assessment, and training section pacific command officer-in-charge at Marine Corps Security Corporation Group and will assume the duties as the assistant chief of staff G-1, Marine Forces Command in July 2019. 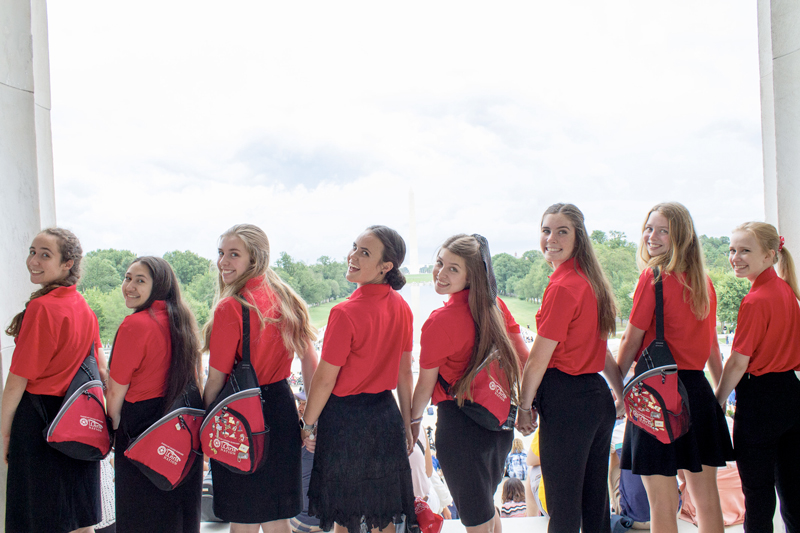 ALA Girls Nation senators spent an evening visiting our national monuments. Their visit began with singing patriotic songs at the World War II Memorial. The evening also included a visit to the 9/11 Memorial at the Pentagon.

Learning about our country’s battles through music:

A fun evening for the girls was the Twilight Tattoo at Joint Base Myer-Henderson. Twilight Tattoo is an hour-long, live-action military pageant. It features soldiers from the 3rd U.S. Infantry Regiment (The Old Guard) and the U.S. Army Band “Pershing’s Own.” Before Twilight Tattoo begin, the girls had fun dancing to pop music. 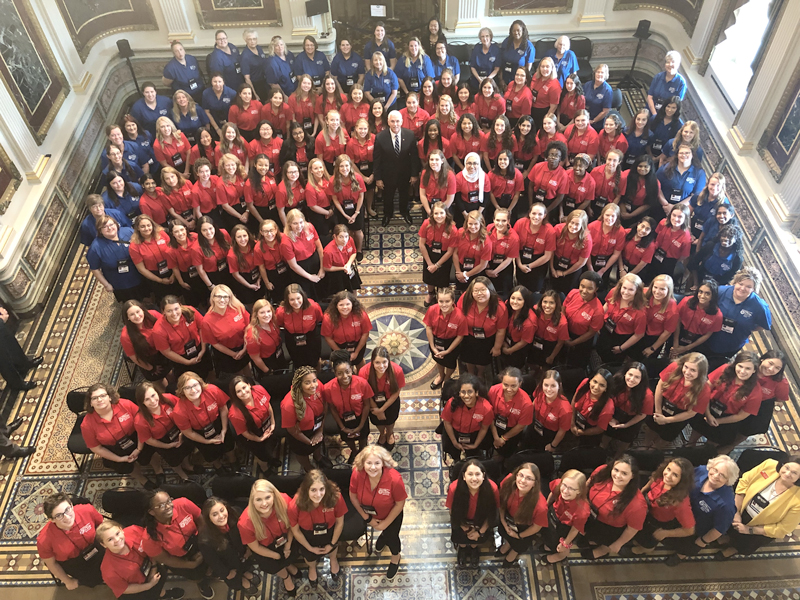 The girls had the honor of meeting Vice President Mike Pence. He talked with them about a career in public service and supporting one another throughout their careers. The senators also spent a day on Capitol Hill meeting with their “real-life” senators.

ALA Girls Nation is a once-in-a-lifetime opportunity. ALA Girls Nation 2019 President Ana Gaston said this about her experience — “I’m really interested in government and politics and this week has increased my understanding of government. The girls I have met at American Legion Auxiliary Girls Nation will be part of my life forever.”

To learn more about ALA Girls Nation and the ALA Girls State program, go to www.ALAforVeterans.org/ALA-Girls-Nation.